Someone took my bytes! Can you recover my password for me?

This time all we are given is a single file named password,  which is identified simply as data.

Examining it in a hex editor doesn’t give many more clues. 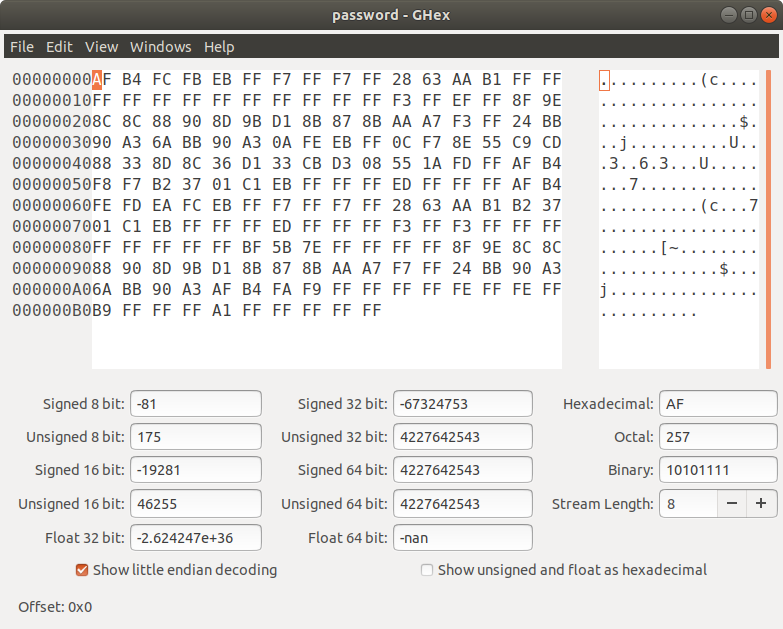 I began thinking that the data might be encrypted somehow, and threw it into CyberChef. 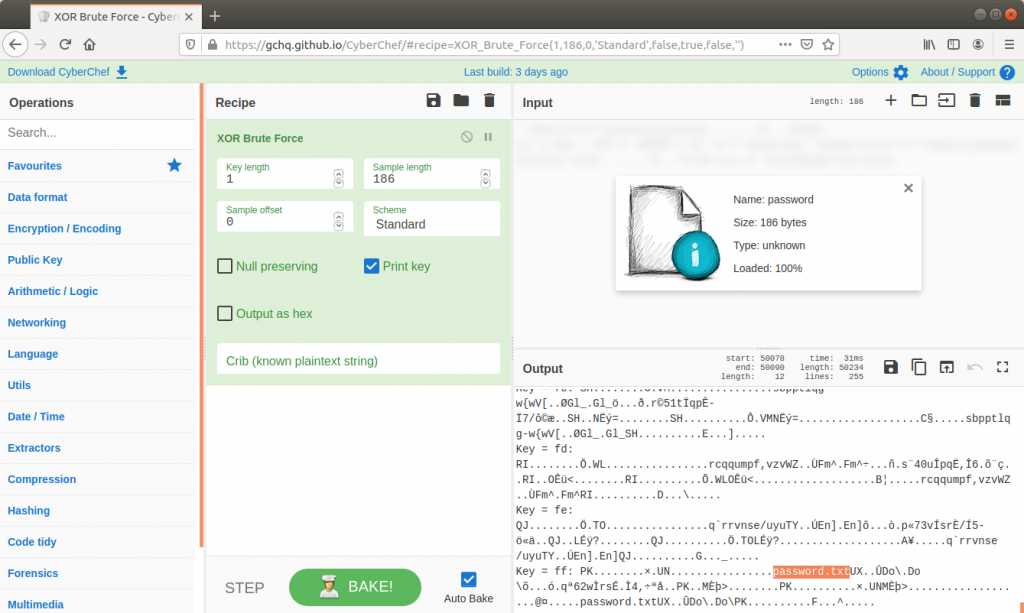 Using the XOR Brute Force module with the default key length of 1 byte, I noticed that using 0xff as a key output a PK header associated with a ZIP archive which appeared to contain a file named password.txt. Quickly building a new recipe, I used the standard XOR module to decrypt the data using key 0xff, then used the Unzip module to extract and view the contents of password.txt which contains our flag.