Week 1 was pretty straightforward. On to Week 2!

What domain was most recently viewed via an app that has picture-in-picture capability?

In the last challenge I didn’t need to do any analysis or parsing of the data, simply read the timestamp of a particular file using FTK Imager. This time I needed to dig a little deeper and used Alexis Brignoni’s ALEAPP to parse the Android filesystem dump.

I have previously used iLEAPP to perform analysis of Apple iOS dumps; ALEAPP – the Android Logs Events And Protobuf Parser – works in much the same way, but for Android data. ALEAPP can process the dump directly from the TAR file. I simply started the GUI, set the input and output, and clicked Process. 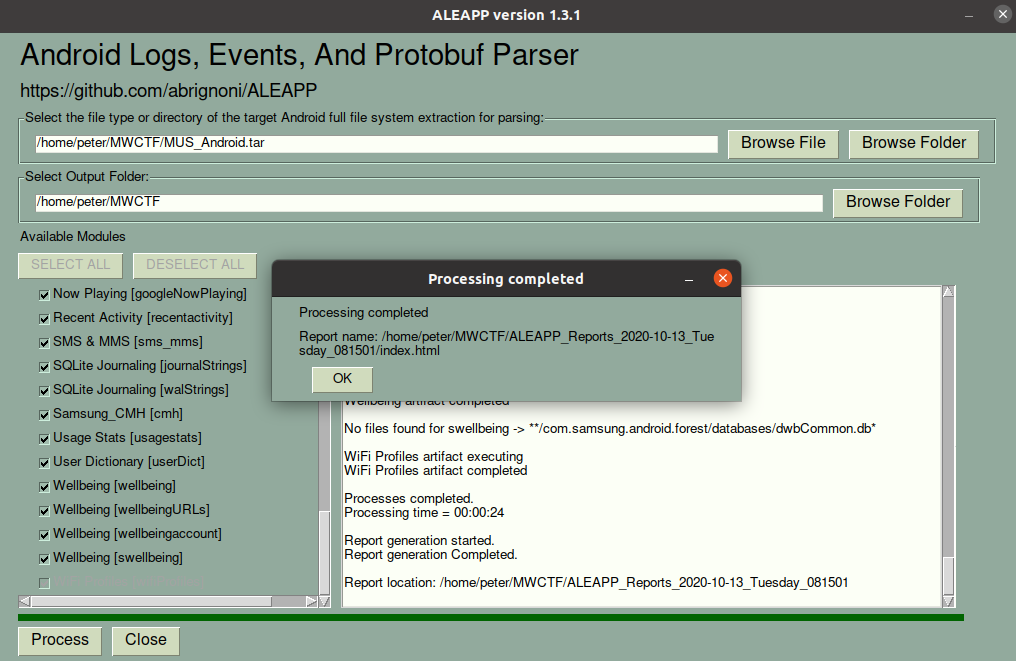 A few seconds later I was presented with a nice HTML report of the analysis. 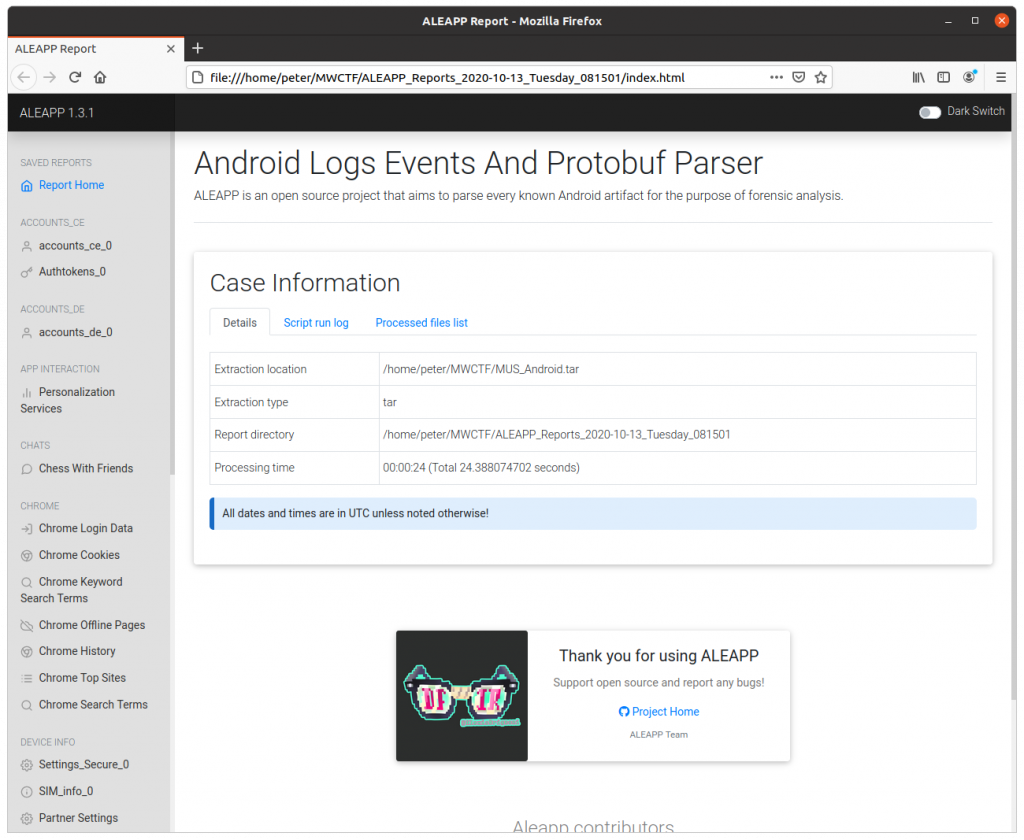 Given that the question asks about a domain being accessed, I guessed that the Chrome history would be a good place to start. I also found an article containing a list of Android applications which support the picture-in-picture feature – Chrome is listed. Another good sign. 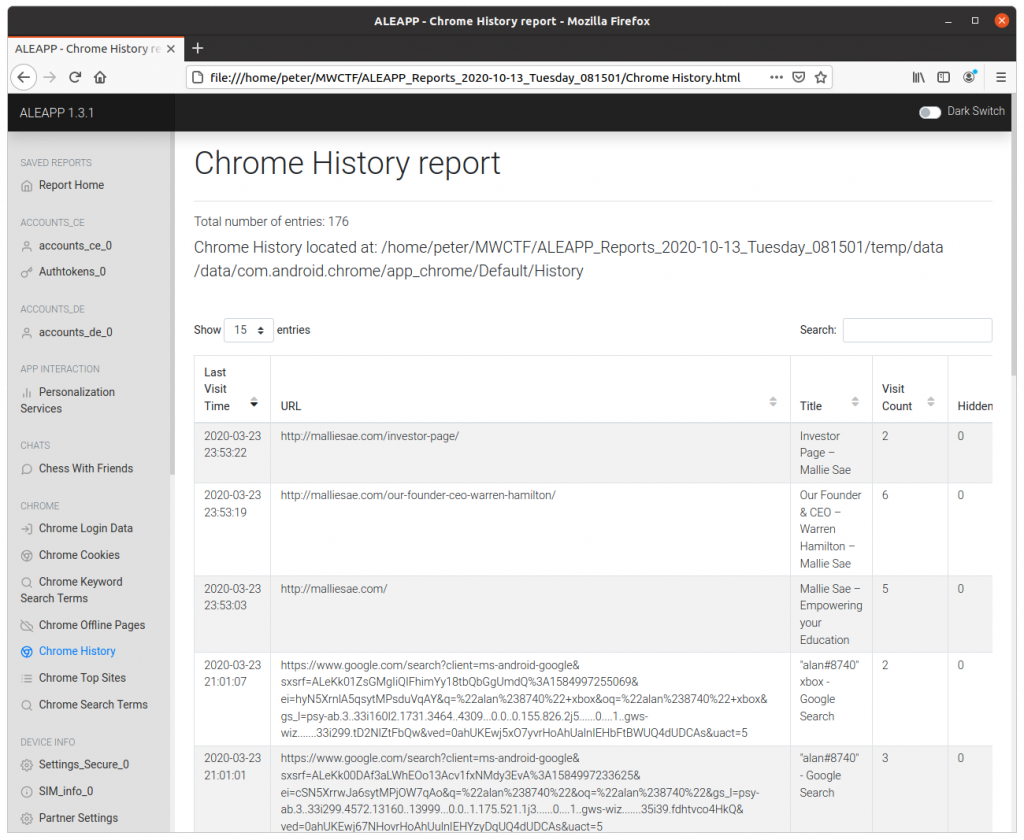 Navigating to the Chrome History report and sorting by the most recent entry, we find the answer to the Week 2 question.